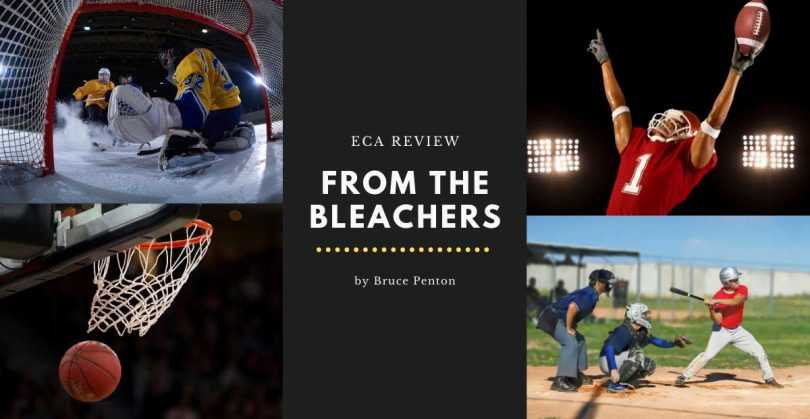 The baseball season that almost went by the wayside is ready to go. And if you haven’t been paying close attention, the changes are many.

— The designated hitter (DH), once the exclusive domain of the American League until the National League temporarily adopted it during the COVID-shortened 2020 season, will now be fully implemented in both leagues. Cue the complaints from the traditionalists.

— That silly ‘temporary’ rule putting a ‘ghost’ runner on second base to start an extra inning in a game tied after nine is now a full-time rule (regular season only, thankfully), virtually ensuring that a marathon 17- or 18-inning game will never be seen again.

— The ‘Ohtani Rule’ is now in effect, meaning that a pitcher who also serves as his team’s designated hitter will be allowed to continue to be the DH even after being removed from pitching duties.

Were it not for reigning AL MVP Shohei Ohtani, that rule would not have been enacted, nor considered.

— Max Scherzer now plays for the Mets; Freddie Freeman for the Dodgers; Josh Donaldson for the Yankees; Matt Chapman for the Blue Jays; Noah Syndergaard for the Angels; and Carlos Correa for the Twins, among dozens of player moves in the off-season.

— And the biggest change of all for Canadian baseball fans is this: The Blue Jays are definitely a legitimate contender and will give fans from coast to coast reason to watch the late-season pennant race with vital interest.

Of course, the 2022 season was in jeopardy for much of the late winter, as an owner-imposed lockout froze all baseball moves for three months while snail-like negotiations were taking place.

The pace picked up in late February and a deal was finally struck in early March.

As baseball — once North America’s No 1 sport — continues to lose its fanbase, a labour-induced elimination of the 2022 season would have been a killer.

Judging by the immense free-agent contracts handed out (Freeman got $162 million for six years with the Dodgers; Scherzer will receive $130 million for three Mets’ seasons), it’s hard to take seriously the poverty pleas from MLB owners, who indicated they might have to go out of business if an owner-friendly agreement with the players wasn’t negotiated.

But the focus has now shifted from the boardroom to the playing field. So let’s play ball!

• The late Lions Hall of Famer Alex Karras, asked to call heads or tails on a pregame coin flip after returning from a one-year suspension for gambling: “I’m sorry, sir, I’m not permitted to gamble.”

• CBS’s Stephen Colbert, via Twitter, on Bucs QB Tom Brady’s unretirement: “Brady got one taste of what it’s like to help kids with math homework and decided to return to being tackled by the largest men in the world.”

• Jim Nugent in the Global Golf Post, on the proposed shotgun starts in the 54-hole tournaments on Greg Norman’s LIV Golf Series tour: “That sounds like the one-day men’s member-guest at Duck Hook Town and Country Club. Full bar service at the turn; closest to the pin on the par-3s; long drive contests on the par-5s; and beat the pro on No. 15 for pro shop credit.”

• Rob Vanstone of the Regina Leader Post, after the Saskatchewan government announced that a 6-per-cent PST would now be charged on tickets to sporting events: “Say this much for the provincial government: It can put up six points (PST) much more quickly than the Roughriders’ offence.”

• Ron Mintz of the @MintzGolf Twitter feed, on why Phil Mickelson isn’t playing in the Masters: “Mickelson didn”t withdraw . . . Augusta National officials either told him or strongly encouraged him not to come, according to multiple sources. The last thing they want is Mickelson to drive down Magnolia Lane knowing the circus that was coming with him.”

• Winnipeg Jets fan North End Rick, on Twitter, following the Jets’ 5-2 home-ice loss to Ottawa: “My dog got neutered today. I watched the entirety of that Jets/Senators game. It’s debatable, but my dog may have had a better day.”

• RJ Currie of sportsdeke.com: “Miami Dolphins players reportedly have a book of fines where one of the biggest penalties is for passing gas. Think of it as a fragrant foul.”